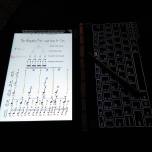 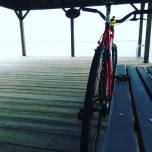 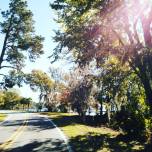 “I can’t seem to shake this” “The same thing keeps happening” “I’m never motivated” “I don’t have enough time”. Any of these sound familiar? Every day people tell themselves these phrases and keep obtaining the same results. We all go through it but sometimes we lay in it for too long instead of doing something about it. What if I told you that you only had to make one small change in your daily routine to start seeing a different mental path? “Really!?” Yes…. really!

Ever tried completing a task each morning before you do anything else? A task such as making your own bed….

You wouldn’t believe the influence it has but completing just one task each morning before you start your day sets the tone within your mind. Think of it as a small achievement, a spark to ignite a forest fire if you will… It’s building upon self-discipline that’s the key but we’ll get back to that in a bit.

It’s the moments where we haven’t done anything that flips that negativity switch in our heads. The red light goes off and we start beating ourselves up for… well… doing nothing… Doesn’t that sound kinda silly when you think about it? I’d much rather scold myself for doing something wrong than nothing at all. We can program our minds to take charge and cease these thoughts if we just change up our routine. That doesn’t just apply to our daily routine but also our thought process that we play on repeat each day. It’s time to start thinking differently, start doing differently.

Since moving into my new place April of this year I’ve made three of the biggest changes that have affected my life in a positive and more productive way. These changes in my daily routine have had a great impact in my overall well-being and have in a sense motivated me to do the “next thing”, almost like a domino effect,  or stepping-stones. It all starts from building self-discipline.

Food…  This was the first change that was the hardest to make haha! Since 2012 I’ve been on and off with low carbs style diets like the Atkins diet and the Paleo diet. I would stick to these “wonder” diets for maybe a month or so and then go back to weeks if not months of eating whatever I could get a hold of like McDonald’s burgers, pizza, candy, ya know? The good stuff! Around December last year (2016) I had a conversation with a friend who talked to me about my health and had me thinking a little differently since I’m getting older. After that conversation that day I made a lifestyle change of eating better. I don’t want to go too far into it but it was like something clicked for me and I haven’t looked back since. No this isn’t a diet… It’s a change of my daily eating habits and a way to start building some self-discipline that would soon bleed into other aspects of my life. Don’t get me wrong, I occasionally indulge in some of my previous favorite foods but it’s something I’ve setup like a rewards system. I go days, sometimes weeks of eating healthy and then if I want something bad I know I can do that and jump right back to my new way of eating. The reason as to why I can go back to it is because I have stuck with it long enough to see and feel the benefits from healthier food choices. This is still something I work at every day so don’t think that I I’m telling you I have it down perfect. I just have more discipline in this area of my life now and I don’t beat myself up mentally when I screw up.

Exercise didn’t come into the picture until I made the move in April. I have never been as active as I should be besides playing drums and the occasional sprint to the shower after over sleeping. It’s been something that I’ve tried from time to time but have never stuck with it no longer than maybe a month or two. A gym membership from time to time would roughly see a weeks worth of visits within a month. Wasted money…

When I found my new place this February I knew I was going to be moving somewhere that would allow me plenty of area to cover if I wanted to jog, ride a bike, go kayaking, or even swim. I knew I’d be into swimming a bit with having access to a pier but I also wanted to find something that I could do year round so i decided on purchasing a bike while at my previous home. This couldn’t just be any bike though… I wanted a single speed track bike made of lightweight aluminum with a carbon fiber fork, something that I could push myself with and cover a lot of area being that the lake is 13.97 miles around.

When I first started riding here it was the hardest thing I had tried in years. The first attempt was about three miles and once I got back to my house I could barely get up my steps from the muscles in my legs being so tight. I went back at it again the next day, and the next… My legs started to ease up, I started to gain more muscle, and increase my miles each week. The scenery also helped influence my ride each day. It started to become something to look forward to and something to challenge myself with every week.

If I wouldn’t have changed my diet I don’t think I would have laid the path to start riding a bike and exercising. Riding that bike now has become as enjoyable to me as playing drums. It’s a necessity to my daily routine and I can see changes in my body as well as my mind. If I would have gotten another gym membership I don’t think I would have stuck with it. This has been the secret that many of us search for I feel. Finding something to enjoy about exercising and staying motivated. It’s not so much about thinking I’m gonna live to be 100 but it’s the fact that it makes me feel better mentally and physically to tackle the day.

My newest addition.  I’ve been writing for my blog now since 2014 but only on occasion for a weekly post, and sometimes I didn’t even keep a schedule. Shame on me…  I was thinking about a month ago that I wanted to get better at writing just for the sake of….  Well….  Writing…  Typing up better blog posts,  journaling, and to become more fluent in handwriting drum notation. Now that I gained the discipline through diet, and exercise over the past 10 months I wanted to try the “next thing”.

Now Monday through Friday I wake up with enough time to allow myself thirty minutes to an hour to write in some shape or form. It usually starts off with me logging into my wordpress dashboard and writing new posts for this blog, or Google Keep to rough draft ideas. I also just got a Lenovo Yoga Book on eBay that allows me to handwrite notation with a stylus on a sketch app.

Since making writing a priority I’ve been able to create new articles each week and get these ideas out to hopefully help people from our drumming community and make myself a better writer. I’m also doing a sightreading piece each week that I hand write in hopes of helping people with reading music.

Without a first step there couldn’t be a second. You have to start somewhere and pull inspiration from that first step.  That’s your motivator in this grand scheme. Without the diet I wouldn’t have been motivated to exercise,  and without both of those creating a discipline I wouldn’t have pushed myself this past month to become better at writing. It would still be something I’d say I’d get to once I had more time. Instead of waiting on that “extra time” I created it and made it fit into my routine.

I know most people do not have a whole lot of time because of work, kids, etc.. The key is to find what time you can make and start there. Ten minutes, twenty minutes…. If you want change bad enough then you’ll make the time and put in the effort to make it happen. Go to bed earlier, wake up earlier…  No one will do it for you, this is all you! And yes you can do it!

Start small and build self-discipline in something and then it will bleed into the “next thing”.

If you keep feeling the same way from making the same decisions then it’s time to get new results.