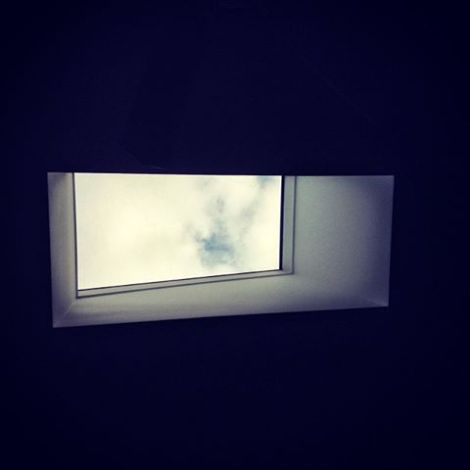 I just ran across this pic I took a few years back and it brought back some memories that I felt would be appropriate to share with you. This was taken while I was laying on a couch in an old girlfriends house. We don’t date anymore ha! Anyway, at this point I was teaching, performing, and figuring things out. We will say it was the early stages of what is unfolding right now. I was happy with what I was doing but there were some issues and things that were clouding my vision. There were many moments where I was questioning what, and why? There were also people close to me that were making me question myself, some where good intentions, and some were the same old “Why don’t you get a real job?”. I’m pretty sure we all have dealt with this at some point right? So back to the pic… I guess I was just thinking a lot that day and looked up to see how awesome the sky looked from within that dark living room. There seemed to be a sense of hope looking up and seeing something bigger than I could imagine. It was something showing me that I hadn’t even come close yet but there was a journey to be made, a journey worth while.

I look back now at this pic and it makes me think about how far I’ve traveled in my journey. I think about what if I would have given up on this and followed those few people’s advise to get a real job? To give up. I wouldn’t be happy and there would be something missing from my life that I couldn’t find elsewhere.

I’m sharing this with you because I have dealt with the ups and downs of pursuing my dreams for going on 14 years now and you need to know that the belief you have in yourself on top of persistence and hard work will take you to that next step . I have been broke, gone through bad relationships that affected my performance, I have been looked down on by some that think this doesn’t fit their criteria for a logical career choice, cheated out of money, and so many other things that could have easily knocked me off of my horse. The one thing that no one has taken away from me though is the belief in myself. That’s something that we sometimes give up on. Don’t do it! Don’t you give up! Sometimes things take a while.. Sometimes things are tough.. Push hard and be persistent.

2 responses to “Persistence is key through it all!”